We created the fictional future history of small rural town “Närpes”, and brought it to life in Augmented Reality. In this blog we will talk about how we did this using photogrammetry and a bunch of other crazy techniques.

We rebuilt the city in 3D and came up with a fictional history of it´s rise and demise. Who would´ve ever thought Närpes, a small rural town on the east coast of Finland, would be responsible for nearly destroying the human race. And only because of its bottomless desire to create the perfect tomato. Damnit Närpes!

So this is all very fun, but how was it made? Well I´m glad you asked.

Photogrammetry is the technique of reconstructing 3D data from 2D still images.
It works by taking a crapload of images of the thing you want to reconstruct.

All images are thrown into a Photogrammetry software. (list of suggested software to try for yourself at the end of this post)

Photogrammetry can be a complicated concept to grasp, but the process avaliable for use today is entirely automated and is relatively easy to use depending on your software.  You can actually create your own three-dimensional photographs just by downloading an app. I for example used an app called “SCANN3D” to sell my couch:

I knew I wanted the buildings to bend and turn in ways that looks great but doesn’t make sense. I managed to model these turning houses that would function as housing for the growing number of inhabitants.

Then I wanted to mix in some Greek antique architecture mainly because I´m a sucker for that kind of stuff. I just love Greek temples and detailed statues. There are theories that the name “Närpes” comes from “Nerhtus”, goddess of fertility in germanic paganism, so I saw this as a suitable reason to make a huge statue in Närpes city square.

I bought the statue, oxes and carriage from an online 3D store “TurboSquid”. I modeled the pilar and the ”boxy” environment to blend in a more modern cubism type of thing.

I modeled a simplelooking electromagnetic metro.

Great! Let’s throw it in to augmented reality!

Augmented reality is basically digital 3D models in our physical reality. If you have a 3D model, you can put this model in augmented reality. I like to romantically think of augmented reality as another dimension on top of our regular world. It is always there but you just can´t see it all the time. Your magic window into this world is your phone, digital screen or glasses.

The most reasonable solution for me was to use “target based” augmented reality which is a technique that most phones today can handle. Targetbased means that an application (in our case Arilyn) recognizes an image and loads your 3D model on top of it.

Four different targets were printed out on 120 X 60 cm panels and then exhibited in the Närpes Art hall for the public to go and behold through their phones.

It was loads of fun and perhaps the most fun I got out of it was discussing the possibility of the different scenarios with a wide variety of people from different areas of the Närpes society. It really led to digging deeper into the story; finding holes in it and repairing them with insane theories. Which I enjoyed a lot.

Here is a good video explaining photogrammetry and giving pointers on how to photograph your object: 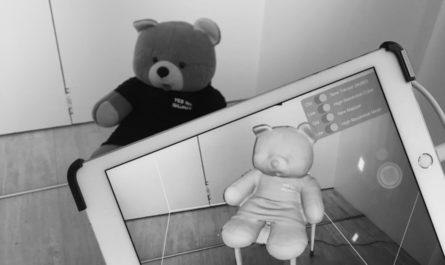 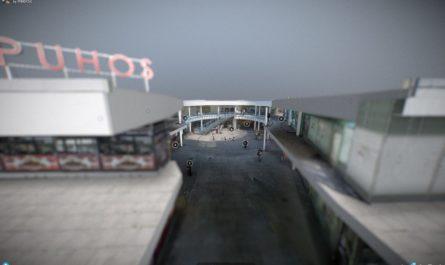 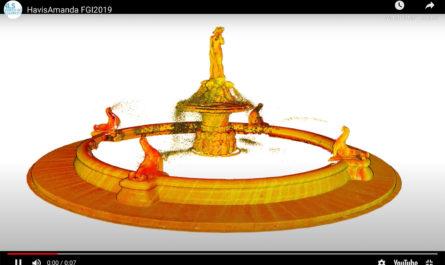